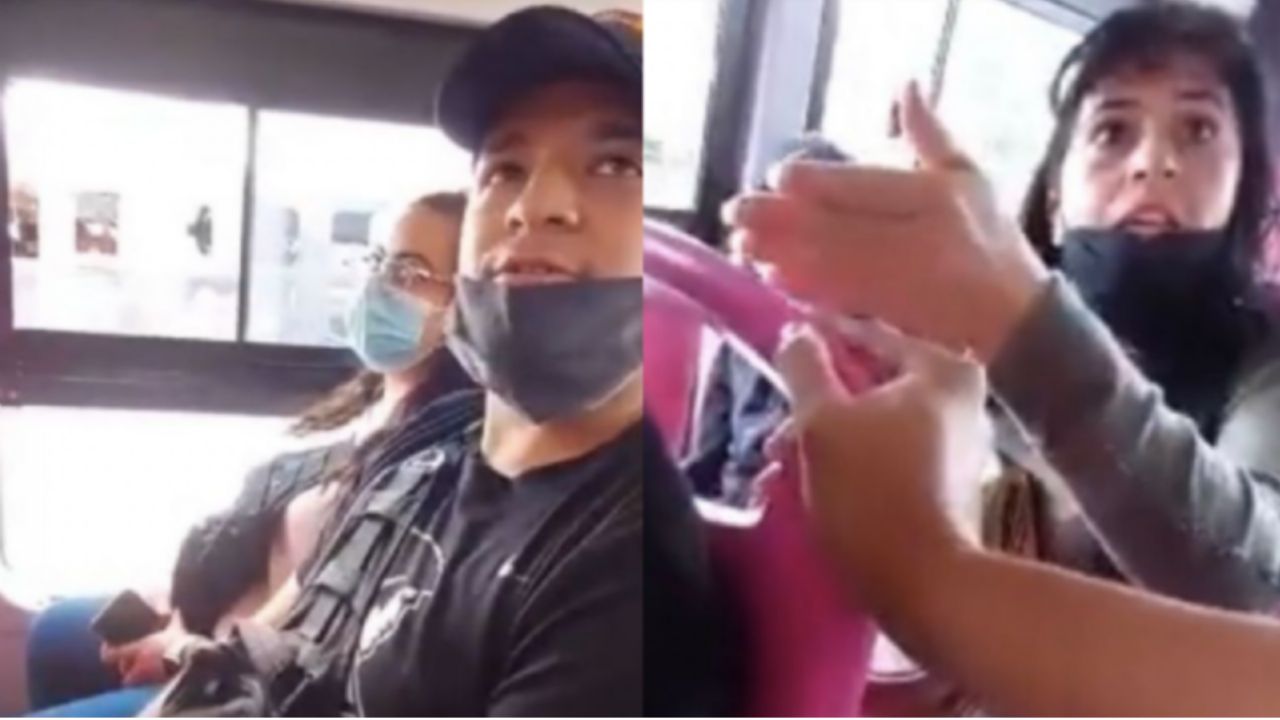 “If I want to, I am a woman”, man refuses to leave a reserved seat

Through Twitter, a video went viral where a man fakes his gender identity to stay inside the spaces reserved for women on the CDMX Metrobus. The video shows how the user argues with another woman who argues that he is not doing anything wrong by sitting in the reserved area.

According to the video broadcast on Twitter, it all started when the young woman asked a woman who was accompanied by her husband, that the man would withdraw from the exclusive area for women, since it is an area where men cannot. remain neither standing nor sitting.

Despite the passenger telling him that he could not sit there because the area was exclusively for women, the man did not move and the other woman began to insult her.

The Lord is my husband, we are family. Respect a family you have no fucking idea what that is, you had a mother and there was a bastard who helped you to be born, why don’t you respect that? Shut up, you have no idea what It is a family, said the passenger who was traveling accompanied by her husband and children.

After this, the man finally spoke and, in a mocking tone, argued that “There is something called ‘right of free expression’ and one is free to choose what one wants to be, if I want to be a woman right now I I will be. I am a woman”, thus faking his gender expression to remain there.

Twitter users have recognized the value of women to face this situation and mention that this type of ridicule should not be tolerated since it is a daily situation that men do not respect exclusive spaces and even respond violently when a woman points out their lack.

According to the Mobility Law of Mexico City, men are prohibited from traveling within exclusive zones for people with disabilities, children under 12 years of age and women. If a man travels in the exclusive space he could earn a fine, arrest and work in favor of the community.

On the other hand, Maria Pia Fontana, collaborator of the University Master’s Degree in City and Urbanism at the UOC, points out that the gender perspective is important as a necessary approach prior to city design projects, but it does not solve structural aspects.

Previous Arturo Elías Ayub and his war against Fox Sports, which was once a honeymoon
Next Checo Pérez’s new help to Verstappen that nobody talked about in Hungary