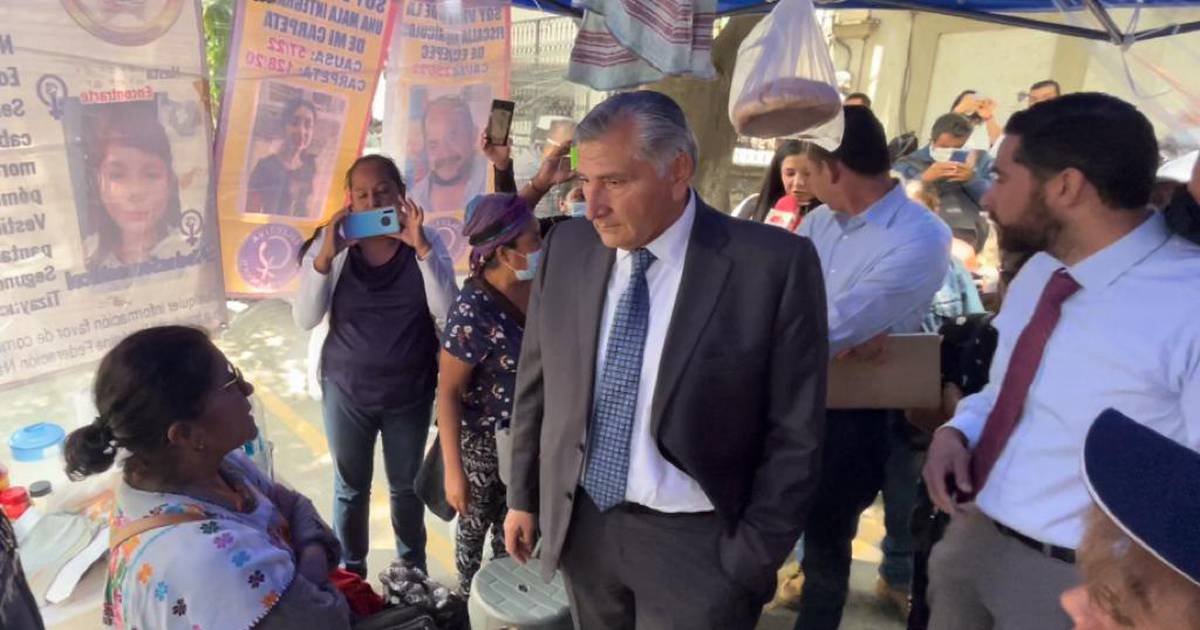 “I don’t trust you either,” says Adán Augusto López to mothers of the disappeared – El Financiero

After different groups and collectives of mothers of disappeared persons will manifest just outside the Secretary of the Interior (Segob) this Tuesday, the head of the agency, Adán Augusto López, went out to talk with the protesters and said that don’t trust them.

“Let’s see, ma’am, do you trust me?” asked the Secretary of the Interior, Adam Augusto Lopezto the mother of a disappeared person, during a dialogue they held at the doors of the dependency.

“Well, the truth is, I didn’t trust anyone,” replied the woman who was with the group of protesters of feminist groups and relatives of the disappeared.

“Well, I don’t trust you either,” Adán Augusto López told the woman. After pondering for a few seconds, the official pointed out: “this is trustworthy.”

“I am the mother of a missing person and for this reason I do not trust the authorities, I need a document with a signature and a stamp”, said the woman with whom the head of the Segob was chatting.

In response, Adán Augusto commented that he would seal and sign the agreements that he and the woman reached.

Faced with cases from Morelos, Chiapas and San Luis Potosí that were externalized, López Hernández promised to follow up on them.

“Don’t worry, we are going to attend to everyone, today we start with the matter of Carmen,” said the head of Segob.

In the same way, the Segob communicated through social networks that the head of the agency reiterated that the Government of Mexico prioritizes dialogue, so the demands that were made today will be met.

“The Secretary of the Interior, @adan_augusto spoke with various groups that demonstrate outside this dependency. He reiterated that the @GobiernoMX prioritizes dialogue and endorsed the follow-up of their demands with the corresponding instances in a legal framework, ”the agency wrote on Twitter.

The Secretary of the Interior, @adan_augusto He spoke with various groups that demonstrate outside this dependency. He reiterated that the @GobiernoMX prioritizes dialogue and endorsed the follow-up of their demands with the corresponding instances in a legal framework. pic.twitter.com/bI5T3wS2MZ

-With information from Diana Benítez.

Previous What was Donald Trump’s threat to break AMLO? Jared Kushner reveals it – El Financiero
Next Drivers of the University Route are going to strike; affect thousands of users