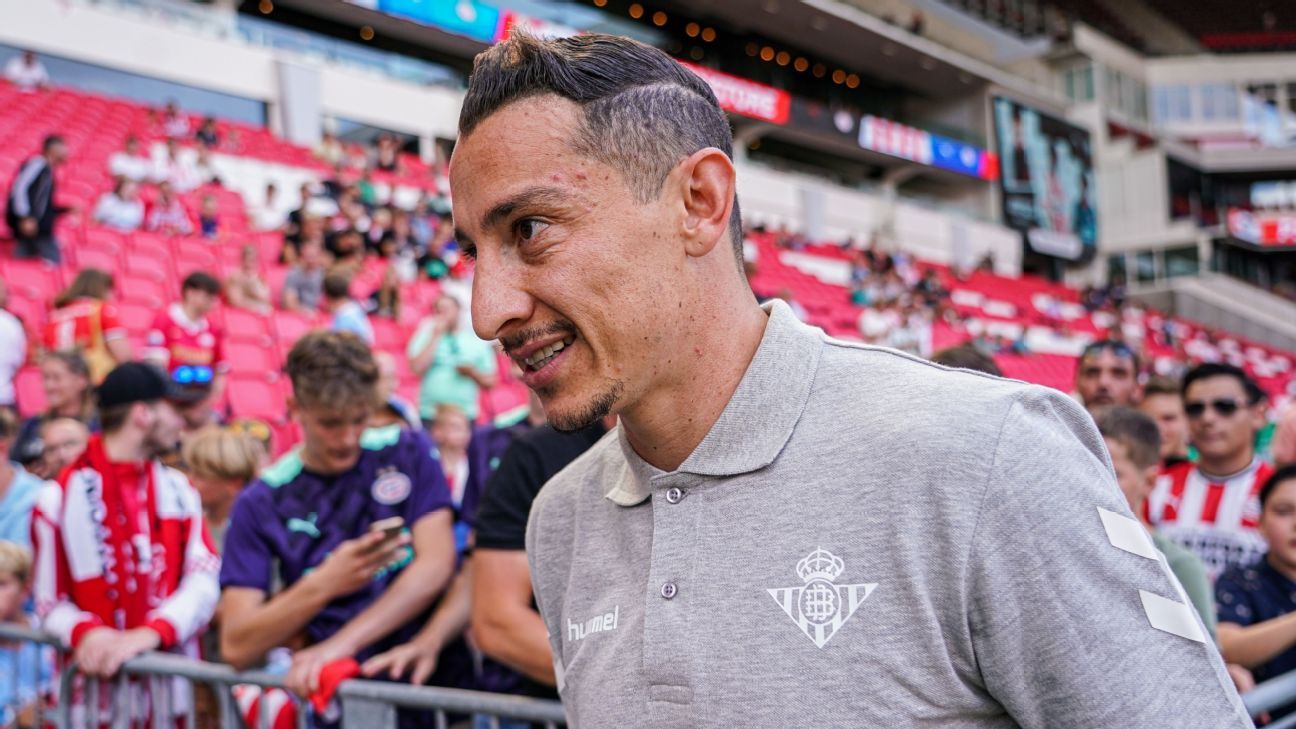 Betis is actively working to register Andrés Guardado in LaLiga

Two weeks before the start of the 2022-23 LaLiga tournament, Mexican midfielder Andrés Guardado is not registered in the first team for the competition. However, the Verdiblanco club is actively working to register it.

To this day, those trained by Manuel Pellegrini face an economic problem – wage bill – which prevents, for the time being, the registration of some of their footballers, as is the case of Guardado.

In fact, currently, the former Atlas player is not listed among the first team players on the Betis website.

Nor did they sign other players on the team’s radar, specifically Lyon’s French midfielder Houssem Aouar and Spanish winger Héctor Bellerín, who played on loan from Arsenal.

Betis opens in the new season on August 12 when they face Elche at home.

Now you can enjoy LaLiga on ESPN+ and ESPN Deportes, where you can watch all the matches LIVE. subscribe here

Sources confirmed to ESPN that Pellegrini’s intention is for Guardado to remain at the club, due to his experience and weight in the locker room.

The Verdiblancos, meanwhile, continue to look for solutions. The winger Álex Moreno is one of his footballers who has several suitors. A possible sale would alleviate the economic issue.

Betis finished in fifth place in LaLiga in 2021-22 with 65 points, five below Champions League places.

Guardado has scored four goals and distributed 16 assists in 165 commitments with the Andalusian team.

Previous Differentiate symptoms of Crohn’s and Ulcerative Colitis, key to improving patient remission rates
Next FDA withdraws brand of sunscreen for hair due to carcinogenic substance