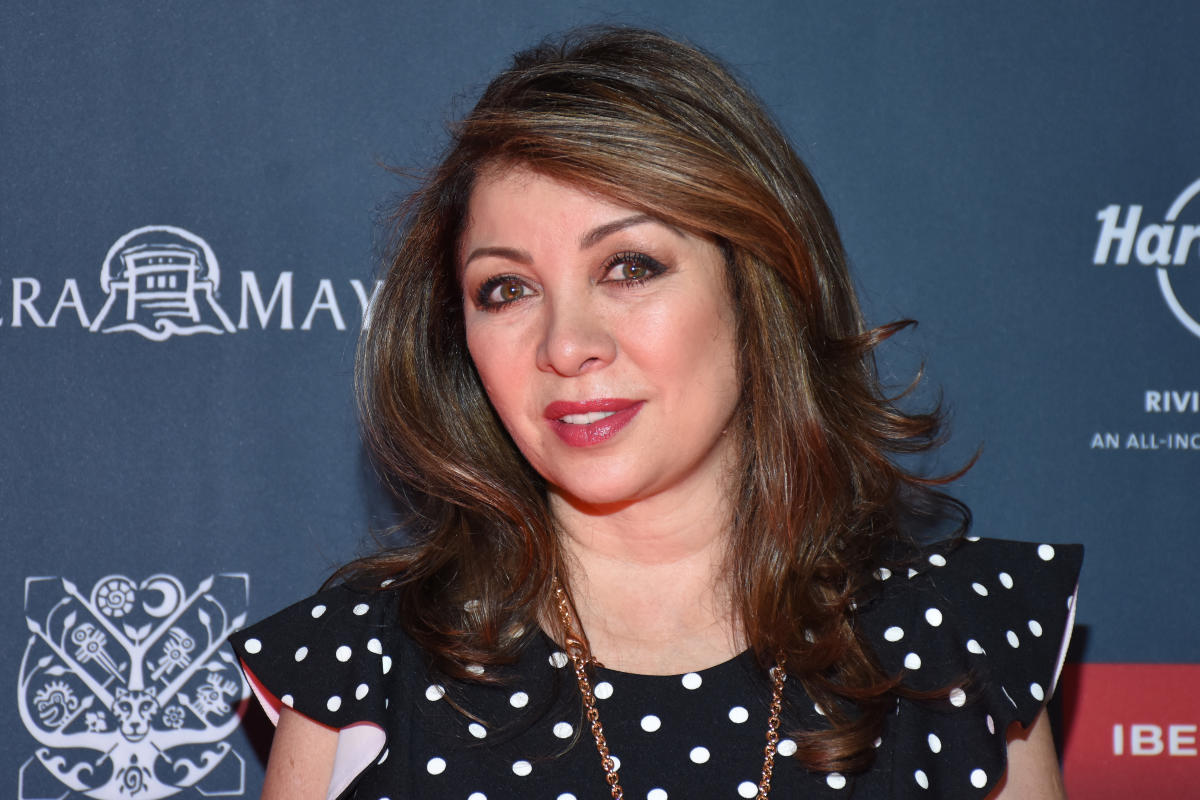 In the early 1980s, Raul Vale composed the song “Forgive me the two” that talks about the dilemma? of being in love with a woman with whom he has a long relationship “with whom I see dawn, with whom I can have united tenderness and passion”, but also with another with “a body full of pleasure and for being the forbidden fruit”. Both, according to the lyrics, caused the ‘afflicted man’ contrasts in his life but also made him feel complete. And like her song, the love life of the so-called ‘The showman’ involved two actresses of the time and almost two decades later, one of them returns to offer her version of what she describes as a very groped.

Raúl Vale, in addition to being an actor and composer, was a Mexican singer of Venezuelan origin, who achieved fame in Mexico in the 1970s. His marriage to the star Angelica Maria (after his divorce from his ex-partner Lourdes) was the dream story of the show due to the union of these two talents… until Vale began to be interested in a very young Arlette Pacheco.

For many years Pacheco has been pointed out as the cause of the separation of ‘The Bride of Mexico’ and that his own daughter, Angélica Vale, did not speak to him for a couple of years. This accusation arose after the media published a photograph where Arlette and Raúl appear dressed in white, speculating that they had gotten married. However, the singer’s version is that the image taken in Acapulco was because, being then both artists of the Polygram label, they attended an event where there were several other talents, including Verónica Castro. “Veronica would have realized because she got along with Angelica, there was nothing.”

This meeting in the tourist port would have been the second time that the actress of ‘Contigo Sí’ and ‘Overcoming Fear’ and the producer also saw each other, according to the journalist Mara Patricia Castañeda. The first time was due to an invitation from the late Edith González to see him in a presentation a couple of years ago.

“I saw it once and my skirt fell off, one of those times that gives you a kind of tachycardia. I got so nervous; Edith González was to blame, they invited us to a ‘show’ (…) and in the table I commented ‘no wonder Angélica married this man, he’s a talent’, a short comment. When the ‘show’ ended, Bob Logar (show journalist) told us ‘let’s congratulate him’ (…). We went upstairs and he saw me, Angélica saw me and came rushing over and gave him her arm. I was serious, I had my boyfriend, I had no intention of anything!, and Edith told her ‘Oh, Raúl, Arlette was about to have a heart attack and she said that with good reason, you, Angélica, had fallen in love with him’. That one turned to see me with gun eyes. I had no intention of anything“, Pacheco told the journalist.

The actress recognized that she had always admired Vale -to her resume we must also add having been a comedian and that she mastered many instruments such as the piano, the harp, the mandolin, the guitar, the bass, the harmonica, among several others-, but that between the two there was only flirtation, more of him towards her. “At a time when he was getting a divorce, he invited me out and I told him ‘I don’t go out with married people’, I had a boyfriend of six years. Time passed, for reasons that didn’t concern me, they got divorced (Raúl and Angélica) and indeed, he began to pretend to me and I married him (…) I’m not telling you that he didn’t flirt with me, of course he did; that he asked me out, yes, but that I said no, too. I told him yes until he came to me with the minutes“.

About Vale’s infidelities, Angélica María herself has spoken openly. “The only defect that Raúl had was being Cusco, he was sent to half the world, to almost all my friends, I found out after I divorced that with this one and with the other one,” he once told the journalist Gustavo Adolfo Infante. Some time later, Arlette herself apologized to the star, to which she would have replied “I understand, the same thing happened to me with Lourdes (Vale’s first wife). But it did affect me in some way because you can’t go explaining to each person.

Vale and Pacheco were married in October 1989 in Acapulco, in the same port where the media would have “announced” the intriguing scoop. “A lot of people won’t believe it, it’s their right not to believe it. I’m going to carry that stigma, the truth is that it is very difficult to delve and I think, 17 years after Raúl died, and we are still in these “.

Arlette Pacheco and Raúl Vale were married for seven years; They have two daughters, Nicole and Carla, who maintain a close relationship with their older sister Angélica. The couple broke up because, as he would have sung more than a decade ago, Raúl again “fell in love” with someone else: his chorus girl Hanny Sáenz, who was 31 years younger than him.

Sáenz remained together until Vale’s death in 2003 from lung cancer.

Previous Valdir Segato, bodybuilder who injected synthol, dies
Next Neither Ochoa, nor Acevedo, the best goalkeeper of the Tri according to Manuel Neuer