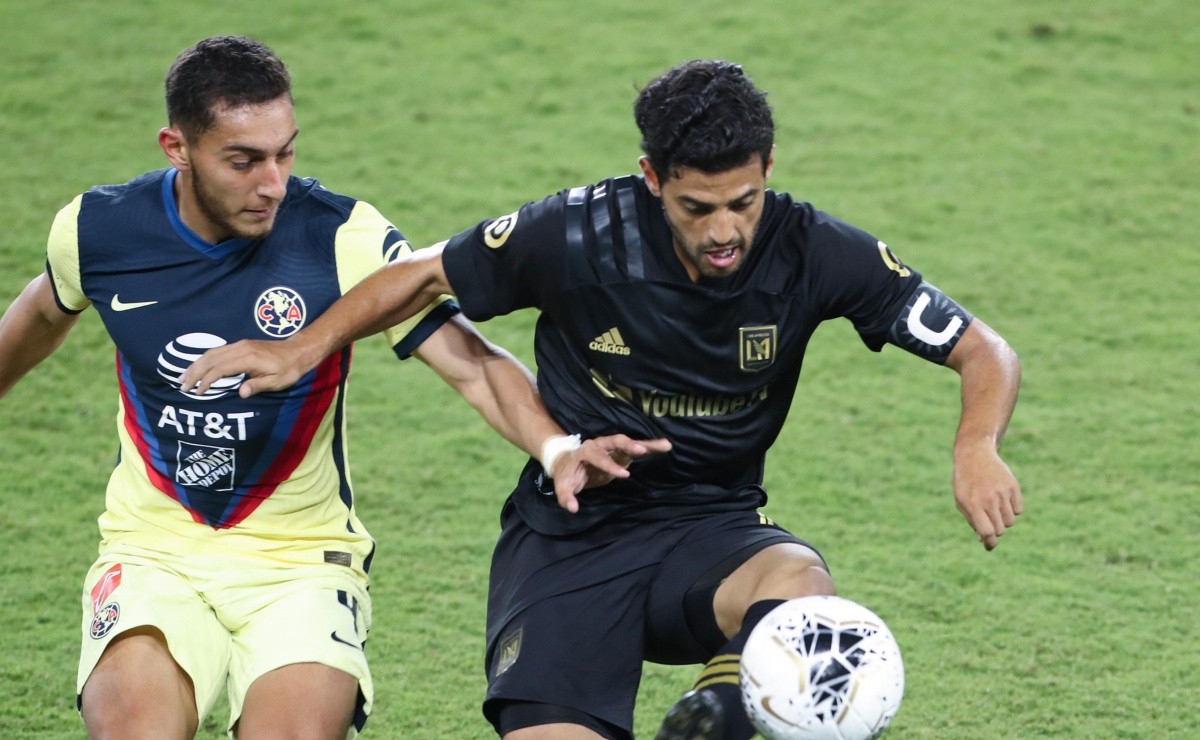 America vs. LAFC: Which channel broadcasts and where to watch LIVE ONLINE AND LIVE the duel for Liga MX

The azulcremas will have their last match in the United States against the Los Angeles squad where Carlos Vela is the figure.

America will have one more commitment this Wednesday in his busy agenda for this semester and will play against LAFC of Major League Soccer in a Leagues Cup commitment, contest that is worth noting that it is not official and that it does not represent a direct elimination duel in said confrontation.

For this match, coach Fernando Ortiz decided to save some elements; Nestor Araujo, Luis Fuentes, Jorge Sanchez, Alvaro Fidalgo and Diego Valdes did not make the trip to Los Angeles because Tano preferred to give them rest in order that they arrive in optimal conditions for Sunday’s game for Liga MX against FC Juárez.

With this meeting the trips to the United States for the Eagles are over since in the last month they appeared in Las Vegas, Houston and San Francisco for matches against European teams. That said, they will focus exclusively on the Apertura 2022, where they have had a bad first third of the championship.

Where to watch the live streaming of America vs. LAFC

The match between América and LAFC corresponding to the Leagues Cup will take place this Wednesday, August 3, starting at 10:15 p.m. (Central Mexico time) at the SoFi Stadium in Los Angeles, California. The live broadcast of the game will be at the expense of TUDN and similarly, in Monumental Eagles We will bring you all the details.