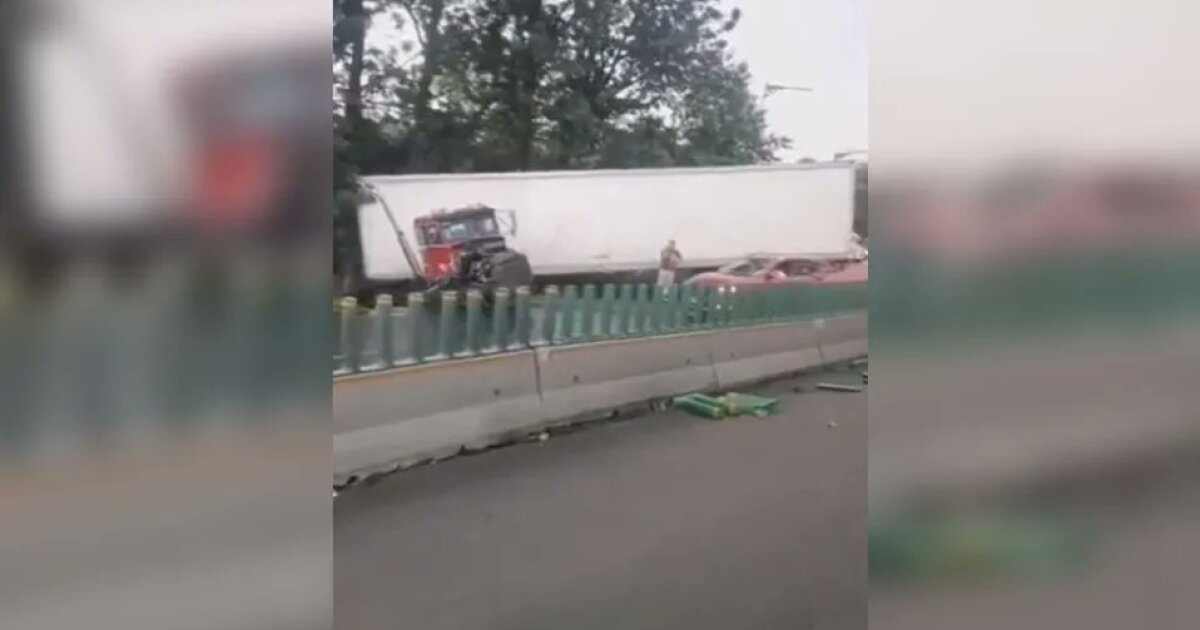 On the afternoon of this Tuesday, August 2, a trailer impacted several vehicles on the Mexico-Toluca highwaythe accident caused the closure in both directions.

The accident occurred around 7:00 p.m. on the highway. Mexico-Toluca when the driver of a trailer he would have lost control of the unit, it collided and dragged at least three more vehicles.

One of the cars was severely damaged and injured inside it, according to information from the Road Orientation Center of the Ministry of Citizen Security, emergency teams arrived at the scene and due to the maneuvers to remove the trailer and care for the injured has completely closed the passage of the Mexico-Toluca highway.

It is recommended to avoid the area and use alternate routes such as the Santa Fe road or the toll highway.

So far no serious injuries have been reported and much less people died as a result of this accident.

Trailer with clothes overturns in Mexico-Toluca, they close a lane

Just a few days ago, another similar mishap was recorded during the early hours of Friday, July 29, when a trailer overturned at kilometer 26 of the Mexico-Toluca highway, causing road chaos to the La Marquesa area, since the accident occurred right in the curve.

The trailer was loaded with four tons of clothing, since no injuries were reported, however acts of robbery were recorded for the merchandise in the trailer.

Due to this, a severe vehicular load of approximately five kilometers was maintained towards Mexico City (CDMX) since a lane was closed to continue with the cleaning work.