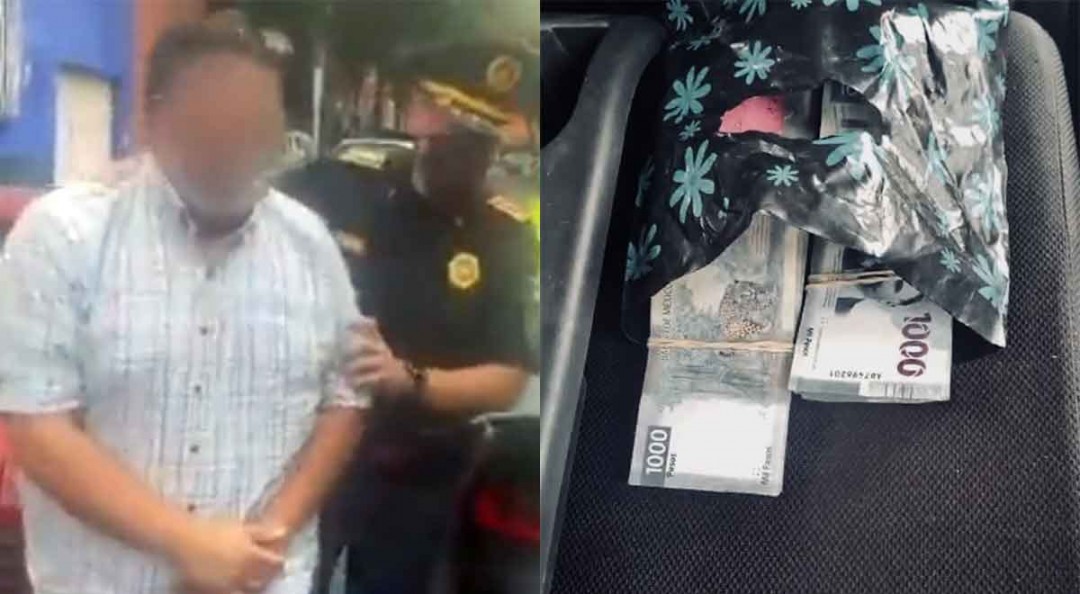 for not using the seat beltpolicemen of Transit They arrested the driver of a vehicle who was found about half a million pesosof which he could not prove or explain their legal origin.

The events occurred in the Mexico-Cuernavaca highwayat kilometer 50, on the Super Via Sur, Mayor Tlalpanwhere the officers observed the driver of a silver vehicle that was circulating without a seat belt, for which they stopped him.

The uniformed officers informed the 36-year-old driver of the administrative fault and, noticing that during the visual inspection of the unit, he became visibly nervous and evasive, they required a preventive inspection in accordance with police action protocols.

It was in the trunk, on one of the sides, where they found a bag containing approximately 455 thousand pesos in cash, of which he could not explain and could not prove the legal origin with any document, so they arrested him.

Due to these facts, the 36-year-old man was read his legal rights and was made available, along with the cash and the insured vehicle, before the corresponding Public Ministry agent, who will determine his legal situation.

THEY FOUND ALMOST HALF A MILLION $ ON HIM… AND HE SAYS HE DIDN’T KNOW HE WAS CARRYING THEM
For not using the belt, traffic agents of @SSC_CDMX arrested this man @TlalpanAl
After checking the car they found this bag hidden with $.
According to him, he did not know where he was from.
Finish in @FiscaliaCDMX pic.twitter.com/q7bXBzW0FD

Do you need to carry out any procedure? Check the requirements and their cost

*In the following link you will find the latest news