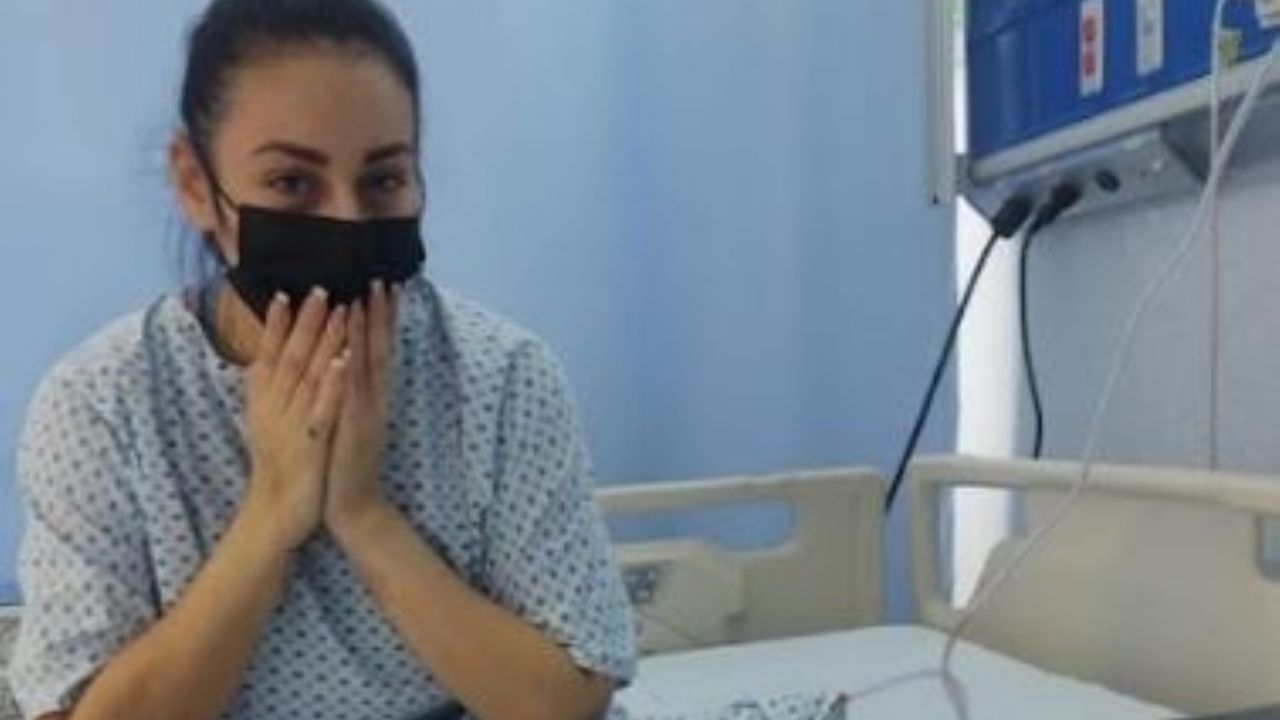 Mayra and Cynthia were on the verge of death after plastic surgery; they denounce a clinic in León

Guanajuato.- With fear of ridicule, bad comments, even retaliation, Mayra Flores and Cynthia Garcia have decided to raise their voices and denounce before the State Attorney General’s Office an alleged medical malpractice, which nearly cost them their lives.

Both women report having gone to the clinic “Beauty and Wellness” which at the same time operates aswellness-spa” in panorama avenueinitially to perform some beauty practices such as injection of botox and hyaluronic acid.

Mayra and Cynthia They came to this clinic on the recommendation of other patients, so they decided to try plastic surgery.

Before his encounter with the scalpel, mayra had been coming to the clinic for at least three years, while Cynthia only two years, time in which they underwent various beauty treatments.

In the case of Cynthianarrated that on October 4 of last year they performed a poorly sutured abdominoplasty, in addition to assuring that low-quality breast implants were placed, and they did a poor job on the buttocks.

While mayra She says that she was the most affected after last September 20 they negligently performed an abdominoplasty that kept her hospitalized in serious condition and on the verge of death for more than three months.

I went into a second surgery with him, my abdomen was completely black and rotten, and this time it came out worse, because I had already removed more of my abdomen, 15, 22 days passed, the clinic closed, the same nurses, seeing me badly, told me : ‘Go away, you are very ill. If you stay franklin It’s going to kill you,'” he said. Maya Flores.

mayra account that after his second intervention in the clinic “Beauty and Wellness” went to the emergency room Hospital Aranda de la Parrawhere they performed a new emergency surgery and applied therapy to help the healing of the affected area.

They removed the entire part of my lower abdomen, when I came out I am connected to a system called empty for skin regeneration, at the hospital they told me that I arrived very seriously ill and with bacteria due to lack of hygiene in the handling of surgical instruments,” he added.

For three weeks mayra She was hospitalized in the private hospital and just over two months in the Regional hospitalas part of his partial recovery, doctors took skin from his leg, to put a graft on his abdomen.

“The doctor who did this has not shown his face, it is based on the fact that it is not true that he operated on us, that we are freeloaders, that we want to extort him.

we ask you Franklin VasconcelosIf we are that, why did you close the clinic, why did you run away from Lion and you turned the clinic into a spawhy do you keep posting that you are a surgeon and that you continue to serve in that spa that you use clandestinely?”, commented the affected by alleged malpractice.

Both women denounced what happened through their social networks, but also by legal means, their complaints were already registered before the Public ministryinstance that opened investigation folders 83572 and 21213.

There are many girls who have remained silent and we want to return to feel good about ourselves and that this does not happen to anyone else, it is not easy to talk about this, or show our faces, we are exposing ourselves to many criticisms and offenses, however, we do it so that no one else goes through what we went through,” he added. Cynthia Garcia.

The surgeon left the country

Newspaper A.M went to the clinic of the indicated surgeon, located in the Panorama colonybut the person in charge of attending the establishment indicated that the surgeon was out of the country.

He was also searched by telephone to a telephone that he has with Lada de Buenos Aires, Argentina, and when answering, the surgeon commented that he is in Brazil expanding his academic curriculum, thanks to a scholarship he was awarded.

Regarding the complaints, he limited himself to responding that he has all the documentation in order to exercise, which he offered to share, but did not do so.

Later, a person who identified himself as a legal representative communicated to inform that he would send an official statement, then reported that they would not comment until after this publication.

ALSO: In León, parents struggle to find vaccines for their newborn children

He was not authorized to practice them

Gustavo Jiménez Muñoz Ledo, President of the College of Plastic, Aesthetic and Reconstructive Surgeons of Guanajuatoexplained that the training of a plastic and reconstructive surgeon has to be done formally under the medical residency system in the country.

According to National Registry of Professions, Franklin Vasconcelos has the title of Surgeon by Tominaga Nakamoto Universitya master’s degree in Plastic surgery who attended the Institute of Higher Studies in Medicine and a Specialty in Aesthetics in Longevity who attended the same institute.

In other words, courses, workshops, diploma courses or master’s degrees do not empower a doctor to perform plastic, aesthetic or reconstructive surgeries, since the only legally established specialty in the country that allows surgery for aesthetic purposes is plastic surgery or Plastic Surgeon.

All these graduates and universities that do not have adequate training are illegal and do not allow graduates of these universities to carry out aesthetic procedures, legally, they act outside the law “said the President of the College of Plastic, Aesthetic and Reconstructive Surgeons of Guanajuato.

According to the certified specialist, in Guanajuato There are only 75 certified plastic surgeons, so it is very important to verify the authenticity of a plastic surgeon before performing any intervention.

Following what was published in the Official Newspaper of the State of Guanajuatoin November 2019, number 225, articles 76 and 96, in chapter X called: of the establishments where procedures, plastic, aesthetic, or reconstructive surgeries are performed, surgical procedures, facilities and advertising or advertising are also legislated. propaganda for the realization of the same.

ALSO: In León they celebrate the last day of the day of prayer for peace, they ask for those who provoke violence.

How to identify if a plastic surgeon is certified?

Before the decision to undergo an aesthetic procedure that consists of modifying the body, contour or body shape, it is important to do it with certified plastic surgeons, for this it is necessary to verify its authenticity in: