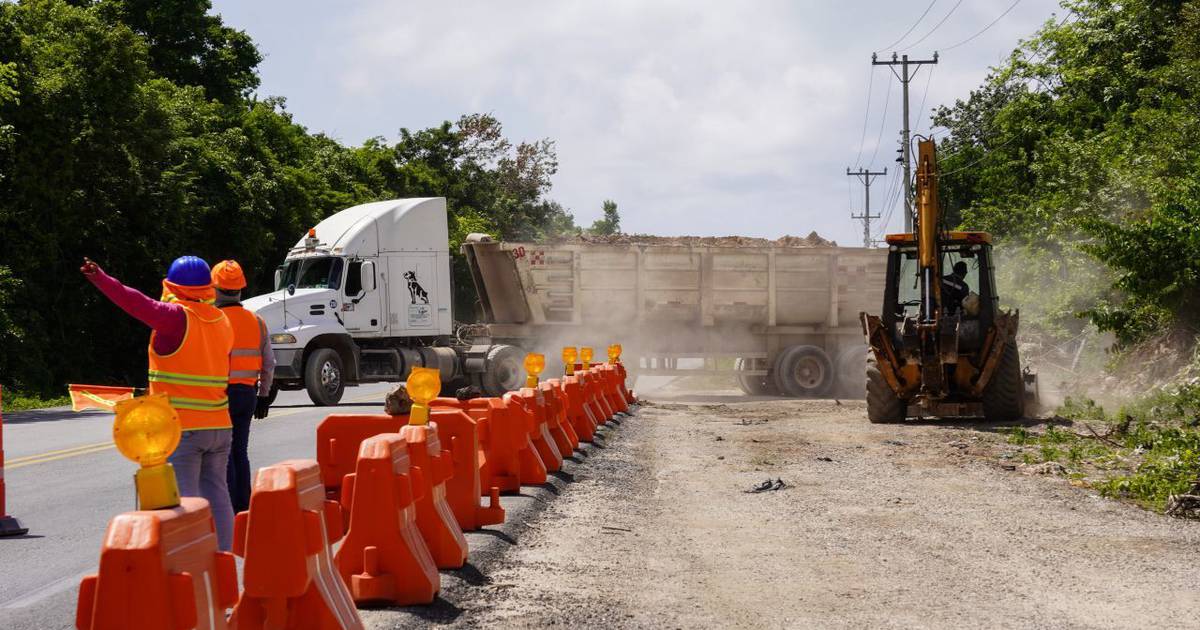 Judge Adrián Fernando Novelo Pérez, of the First District of the state of Yucatán, decreed that a review cannot be carried out to assess whether the federal government violated the suspensions granted to stop the construction of section five of the Mayan Train.

According to the judge, the evidence provided by the association Defending the Right to a Healthy Environment (DMAS) are not enough to verify that the works in the area were indeed resumed.

Despite acknowledging that works were being carried out in the area, Novelo Pérez considered that the evidence presented is not suitable since it does not determine whether these are being carried out to continue with the construction of section five or for something else.

“The indicated test is not suitable, because the person who, in his case, carried it out in the requested terms, could not reliably determine with only the senses that works are being carried out at that moment in the place referred to in the memorial. of account, or if they have been carried out, related works as part of the ‘Mayan Train’ project in its five north section, “determined the judge.

He considered that “more information is necessary from the authorities or people who are carrying out these works, than the simple manifestation of the people who are there, which obviously would not be obtained by the sole inspection of a notary in the specified place” .

This sentence is given despite the fact that on July 18, the director of the National Fund for the Promotion of Tourism (Fonatur), Javier Maydeclared that the Mayan Train had been declared a national security work so that the works could be resumed despite the suspensions obtained.

On the other hand, José ‘Pepe’ Urbina, a diver who presented the protection that led to the stoppage of the work, detailed to The financial on July 24 that the construction work on section five of the Mayan Train, which has a definitive suspension and various provisional suspensions, were resumed from the night of July 13.

In an interview, Urbina assured that this happened while President Andrés Manuel López Obrador was on tour in the United States, and five days before May made the announcement that they had been declared works of national security.

In the images that this newspaper has, and that were taken at kilometer five of the Ruta de los Cenotes, in Puerto Morelos, it is seen how the machines returned, in addition to the fact that new trees were cut down.

When asked about these images, Pepe assured that at the beginning of the month “that was jungle”, and in its place now you can see a path of felled trees and heavy machinery for the construction of the train.

During the interview, the diver explained that “on July 13 they sneaked the machines in at night. This was reported to me by people who are involved in jaguar protection programs, which Fonatur does not recognize exist either.”